Parental Bill of Rights defeated by these NH House “Republicans”

The following 13 Republicans voted against the bill, and one other was present but did not vote.

Among other things, the Bill provided that parents had…

The House was in session again this week.  We wrapped up all bills originating in the House so that those that passed could go on to the Senate.

In the loss column…

Next up in the House…Senate bills!

The House was in session for three days the week of March 12, 2022 – it was grueling!  In the end, we got a lot of good things accomplished, and I am delighted to rattle off some of those victories.

1) We voted to repeal HB-1165 – the Granite State Family Leave Plan – by a vote of 172-164.  This was the program that got stuffed into the budget trailer bill last year that would provide a tax-payer paid-for benefit to the 11,000 state employees at a cost that is still unknown.

3) We passed HB-1194 (183-146) to make it more difficult for municipalities to override tax caps.  This bill would require a 2/3 majority instead of a simple majority.

4) We also passed HB-1667 (205-127) to expand the definition of a veteran to include National Guardsmen and Reservists for the purposes of obtaining veterans tax credits.

5) We voted to protect NH residents who work remotely for out-of-state companies from having to pay taxes on their income by passing HB-1221 (177-141).

7) We defeated multiple efforts to eliminate or gut Education Freedom Accounts – HB-1669, HB-1672, HB-1683).  I think the key take-away is that Democrats HATE the idea of parents being able to make choices regarding their children’s education.

8) We passed several bills that regard parents’ rights.  HB-1434 (availability of curricula materials), HB-1431 (Parents Bill of Rights), HB-1280 (vaccine freedom), and many others.

9) We passed several bills related to professional licensing.  HB-1171 exempts certain niche beauty services from license requirements; HB-1330 relative to the board of registration of medical technicians; HB-1560 relative to non-resident licensure by the board of barbering, cosmetology, and esthetics.   These are all designed to help people get going in their chosen professions.  These unnecessary licensing requirements have proven to be great hindrances to the job market for many people.

12) We passed several other bills related to medical freedom.

14) And one of the most important victories – despite a ferocious attempt to completely repeal of dismantle the Fetal Life Protection Act, we passed on a voice vote to pass HB-1673 with an amendment that keeps the Act in place and clarifies the language pertaining to the ultrasound provision.

The New Hampshire House will be back in session January 5-7, 2022. During these days, we will handle bills that were retained in 2021 and bills that were vetoed by the Governor.  Committee work will begin shortly afterward to work on new legislation proposed. Over 800 bills have been submitted!
There are several good bills aimed at protecting liberty, election integrity, and quality of life. Here are a few of the bills I am sponsoring:
I co-wrote HB-1469 with Rep. JD Bernardy to protect individuals and businesses from being discriminated against by banks and financial institutions based on ESG scores. Many of the major banks in the U.S. are already refusing to make loans to businesses involved with oil and natural gas.
I co-wrote HB-1421 with Rep. Paul Terry to establish a Parents Bill of Rights. Ever since Hillary Clinton introduced the philosophy of “It takes a village”, parents have had their rights and authority over their own children eroded. Children are allowed to undergo medical treatments without parental knowledge, let alone permission. Children are subjected to some of the most perverse sexual education indoctrination at school without parental consent or knowledge. Children are exposed to political and philosophical dogmas of their teachers (such as CRT) without parental consent. The State needs to reaffirm the rights and authority of parents over their children.
I wrote HB-1181 to allow the father of a pre-born baby to file a petition for an injunction to prevent the baby from being aborted. Until now, fathers have not been allowed a voice on the subject. None of the Supreme Court precedents has declared that fathers have no rights; only that the rights of the mother are of greater weight. It is time we recognize the rights of fathers.
I am co-sponsor with Rep. Mark Alliegro on HB-1064 to require all elections in New Hampshire be done using paper ballots.
The Democrats have submitted several very dangerous bills. Many of their bills infringe on constitutional rights and personal liberties, expand government, and deteriorate election integrity.
LSR 22-2017 [no HB number yet] will require a background check on any commercial firearm sale; HB-1096 – will prohibit open carry or display of a deadly weapon within 100 feet of a polling place; HB-1151 will prohibit the display of deadly weapon at a parade, funeral procession, picket line, rally, demonstration, or vigil.
HB-1452 will give government oversight of private water wells.
CACR-22 will institute ranked choice voting.
Additionally, they want to eliminate single use plastic bags (HB-1471); repeal the fetal health protection act (LSR 22-2031); and cap the number of Reps in the State House to 150 and Senators to 35 (CACR-29).
It looks to be a very interesting year!

“The NH state legislature has resumed committee work after our summer break. We had a very successful year, achieving several goals aimed at maintaining and furthering New Hampshire’s Advantage and reaffirming its status as a beacon of freedom, especially in New England and the Northeast. Among the achievements,

This second year will probably be even busier as actions at the national level are putting tremendous pressure on states to respond defensively against the usurpation of power by the federal government. To make matters worse, not one of New Hampshire’s elected Representatives or Senators in Washington DC has offered any pushback.

No, they are all rubber stamps allowing the destruction of America.

In light of what is happening now and what I am sure awaits us in the near future between now and the 2022 elections, and after much prayerful consideration, I am officially announcing that I am challenging Ann Kuster for New Hampshire’s Second Congressional District in 2022. I am going to need your help. She has lots of money to spend campaigning. But we can win this. Spread the word. Tell everyone you know. Post on social media.

We must make changes now, or we will not have a 2024 to look forward to. 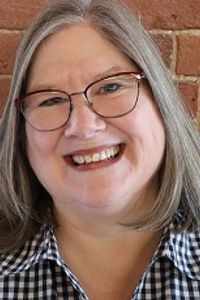 I am responding after two hard fought days trying to get good pieces of legislation passed. None of us are perfect and I have made my share of freshman mistakes.  We lost some key battles due to some extremely weak Republicans.  Those are the ones you should be focusing on.

Have you participated in hearings this year?  Have you sent notes of encouragement when a legislator votes according to our constitution?   Have you started recruiting strong constitutional candidates yet?   Are you recruiting, training, and raising funds yet?   Have you paid the costs of sending legislators to the ALEC conference?  Or Wallbuilders Pro-Family Legislative conference?  Here’s an easier one, how about mowing their lawn, splitting wood, or helping them get their gardens planted? We are not all wealthy, young, and healthy but still often give 40 plus hours a week on legislative work for a whopping 100 bucks a year.

Spend some time building up the slightly imperfect legislators or you will loose them and end up with democrats instead.

My final word, PRAY for these hard working legislators. Pray without ceasing!